We touched a bit on the birds, of which there are at least 250 species here. The wide variety of habitats, ranging from rocky mountain tops to beaches to open sea makes the area suitable for such a large variety. Birds that are normally found in the bush are scarce here because of the scrubby nature of the fynbos vegetation, however when flowering, Proteas and Ericas do attract sunbirds and other species on the lookout for nectar.

Large animals can be rarely seen, though they are definitely there. There are zebras, eland and other antelope. Smaller animals such as lizards, tortoises, snakes and insects appear in much larger numbers. There are also smaller mammals like dassies, striped mice, water mongoose and the cape clawless otter.

Another significant member of the animal population at Cape Point are the baboons. The Chacma baboon on the Cape Peninsula are the only protected population of the species in Africa. I know! couldn’t get away from the superlative 🙂 They subsist on fruits, roots, honey, bulbs, insects and scorpions. Rather unusually for primates, they are sometimes seen on the beaches feeding on sand hoppers and shellfish. Large troops of these baboons can be seen across the park, and it is not unusual for traffic to come to a complete standstill when a troop happen to be on the side of the road. A perfect photo opportunity. Sadly though, over the years humans have disregarded the age-old rule of not feeding wild animals. So, in certain areas like Cape Point baboons are beginning to see humans as a source for food. It is quite a large problem as the baboons are now attracted to the sight of food being consumed by humans and actually aggressively pursue it. There have been many incidents where food has been taken by baboons from vulnerable children, or from a momentarily not watched picnic table. Unfortunately, this aggressive behaviour has resulted in the possibility that baboons that have been accustomed to receiving food from humans being destroyed. Obviously a venue like Cape Point becomes problematic to manage as there are literally thousands of visitors and tourists passing through there every week, so there is bound to be an incident every so often. The Park has special Baboon minders that are actually there to ensure that the Public do not become victim to incidents, ironically to baboons who humans made accustomed to being fed. There are numerous attempts to create awareness around this and it is a very long uphill battle to overcome. There are organisations like baboon matters www.baboonmatters.org.za that are doing sterling work in creating awareness.

On a recent visit to Cape Point there was a troop of baboons hanging out in the parking area, the little ones were keeping themselves entertained playing with one another or doing acrobatics on the public telephone boxes, climbing up the stone wall or just having a quiet moment. Some of the adults seemed to be checking out the flavours of the rubber glazing beads on the cars or maybe it was the tree sap that may have gathered on the rubber. The journey continues……………………………………..

And so onto todays images, some of which are from the parking area……….. 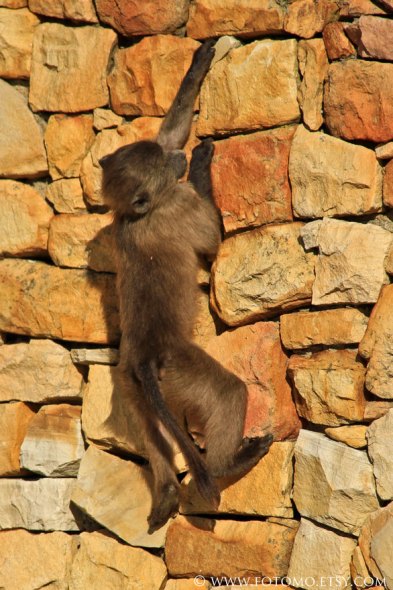 4 thoughts on “Chacma Baboons are found here too….”