The Table Mountain Aerial Cableway Company has been transporting people to the top of Table Mountain for 80years.
In this time over 20 million people have travelled “up” to the top of the mountain, from the base station which is at 363m above sea level to the station at the top of the mountain which is at 1067m above sea level, travelling a total height of 704m. Initially only carrying 19 passengers, the current version of the Cablecar carries 65.
Perfectly appropriate for this weeks ‘Up” weekly photo challenge, these are some of the images taken on a hike that essentially traverses the area immediately below the travel path of the cable cars……….. the journey continues………….. 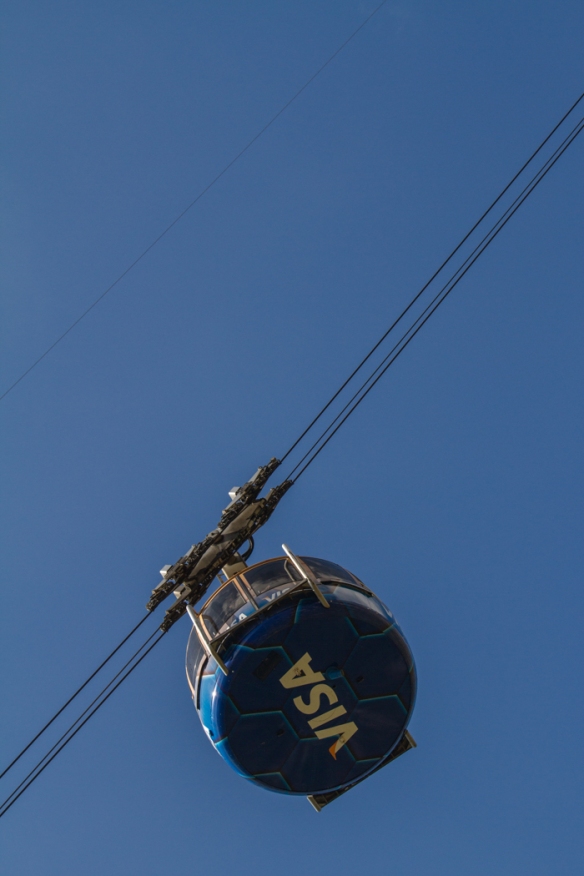 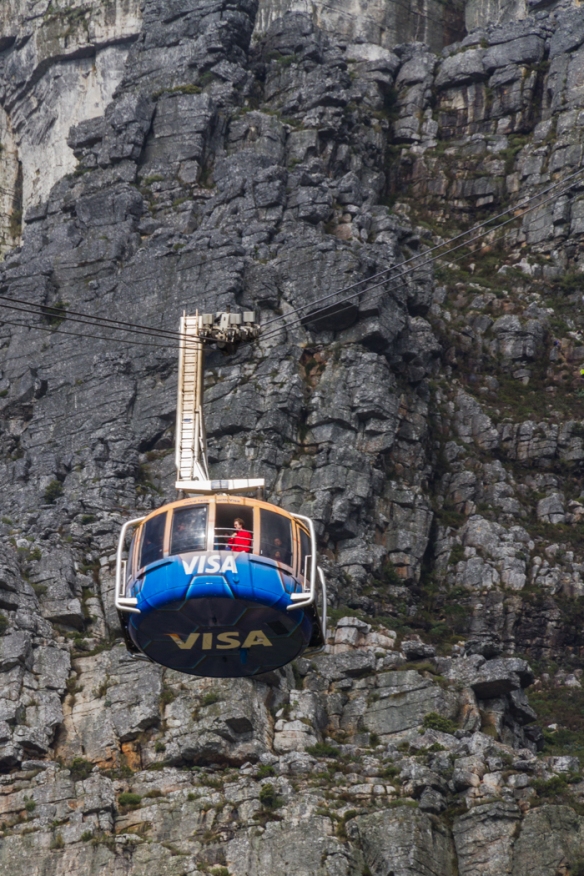 Once you find a place to stay in the Alpujarras, and you’ve taken a little time to orientate yourself, you begin to realise the extent of the connection between the surrounding villages. The caminos I was describing in yesterdays blog, just have a way of connecting every village to the next and more. So its like this multitude of necklaces that all laid over one another and the villages are little beads each with its own little community, sometimes as small as 104 people. The roads obviously are a secondary means of connection but the distances are substantially longer, as they have to wind their way along contours ascend and decend where the slope makes it possible etc. So you can imagine with all these caminos, this is absolutely a paradise for hikers. But this was winter, so there were not so many of them about, in fact very few, but fortunately for me the weather was being super polite. Beautiful sunny days, just below 20 deg C, perfect hiking conditions, and a multitude of hiking options, long routes, short routes, climbing ones, descending ones, ones that passed through villages along the way, and more. Bubion, and the other two villages I visited are situated on the Precipice of Poqueira, essentially a steep cliff which meets a river at the bottom of its descent, and starts climbing on the opposite side. One of the routes takes you along this steep slope down to the river, where you can cross a bridge and head over to the other side where you can ascend again to the top of the slope on the other side.

Along the hiking routes in the area it is common to find isolated dwellings called “cortijos”, most of them abandoned as people emigrated out of the area and into the villages or moved away. The abandoned buildings are quite derelict and neglected with obvious signs that the forest was taking back its territory. Every now and then you stumble upon one that has been reinstated by people moving back into that specific area.

After crossing the bridge and walking on the other side I passed a horse tied to a tree, rather strange that he was just out there in the wood in a somewhat deserted spot?? A little further, there appeared to be what looked like one of the abandoned cortijos, looking pretty derelict and completely overgrown by vegetation and bush. So I just ambled along assuming it too was just one of the abandoned ones. The next instant I became aware of something moving behind me, and before I could even register what it was, I heard this fierce barking from what looked like a really vicious dog that was held back by a makeshift leash, literally inches away from my leg. Its enough to give you a cold shiver!!  I’m not even going to think about what would have happened if he wasn’t on the leash, or if the leash was any longer!! It gives me the creeps to this day!!

It turned out the dog belonged to Eric, an old guy who had moved into this abandioned cortijo, with his fifteen cats, one horse, and rambo :-):-). We managed to understand one another through his spanish and my english, as he gestured me to follow him inside his dilapidated abode, which didnt look one bit capable of human habitation, despite the visible food packaging, and large number of long life milk containers. He took me to a space which had walls plastered with pictures of him and visitors to his enclave taken over the many years he has been living there. He carefully removed a guitar from its case and sat down to play me a tune. He insisted that I take photographs of him, and with him, and gestured to a bowl that visitors to his “abode” leave contributions in. He seemed a likeable chap, an accomplished guitarist, who just found himself an ababdoned spot along a well used hiking route to provide an interesting deviation for hikers as they made the long climb to the top of the hill on the other side. I bade him farewell, and continued on my way to the second bridge where I would return to Bubion from……………………. The journey continues………………….

Todays images are taken along that route with two of the pictures that I had taken of Eric in his no longer abandoned cortijo………………………this post is dedicated to him, long may he entertain those that encounter his enclave………. 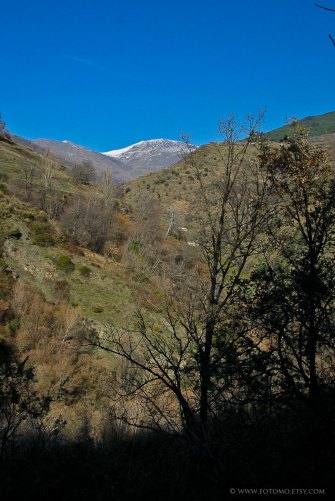 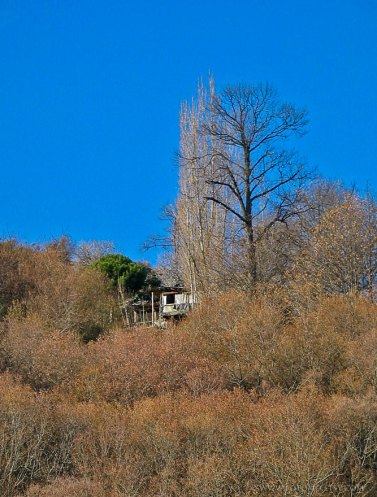 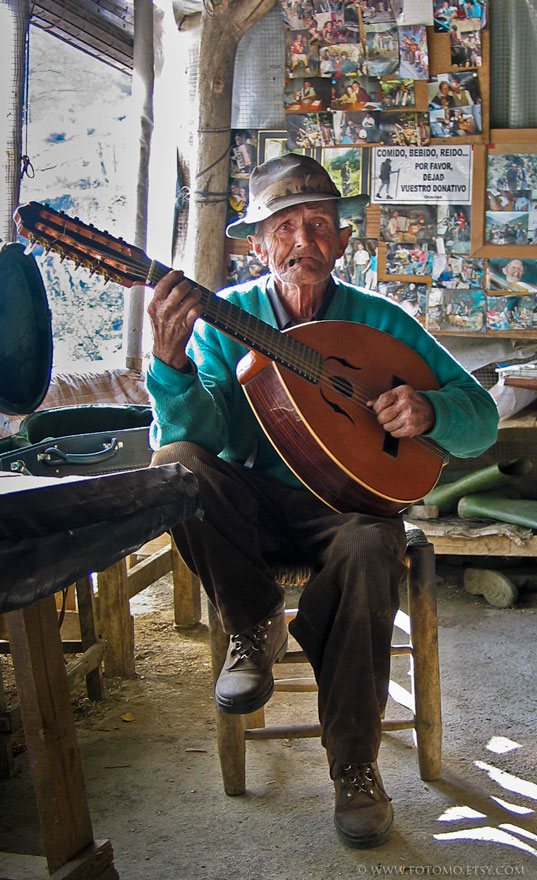