Yesterdays blog transported us all the way to the gateway into the Alpujarras in Southern Spain, and todays blog was going to be a continuation of that journey. However, earlier today, I heard on the radio that Lufthansa were bringing the new A380 Airbus aircraft which has just been named Johannesburg, to Cape Town on a promotional trip. The idea was to get some promotional pictures with Table Mountain in the background, in support of the campaign to encourage all and sundry to vote for Table Mountain to be one of the new 7 natural wonders of the world. So, I decided that, it was a big enough reason to fasten our seatlbelts and bring the blog all the way back home, to reinforce this drive to encourage as many people as possible to cast votes for our mountain. Those of you who have been following this blog would have noticed my post just over a week ago called “vote for Table Mountain” which was trying to achieve the same objective. So if you havent already done so, and you’d like to, please click on the button on my blog “vote for table mountain” and you will be taken to the site where you can cast your vote. Remember every vote counts…

The radio clip announced that the aircraft would be arriving at 2pm, and would be passing low over the City centre. So I headed out, camera in hand to Signal Hill, which has an elevated road running parallel to the City. I got there well in advance, to ensure I was in time to photograph the rare event. But it wasn’t looking good, the weather was not as enthusiastic, there was low cloud cover and it looked pretty grey out there, with the top of the mountain concealed behind more cloud. I decided to stick around, seeing I was already out there. Well, 2pm arrived, nothing, 2.30pm nothing. I decided to just wait, and the perseverence paid off!! Finally, just after 3pm I noticed the big bird emerge from behind the cloud. To be honest I expected it would be a lot bigger, but I suppose it was quite far away from me, even though it was flying quite low. The plane did a leisurely tour over the city, followed by a low pass over the airport, passed along the mountainside over the Atlantic Seaboard, back over the City and then just lifted off and disappeared into the clouds, back to Johannesburg.

Managed to get some images, but not very successful, not anything like the images I was expecting to get :-(. Nevertheless they are attached………..the journey continues………….. 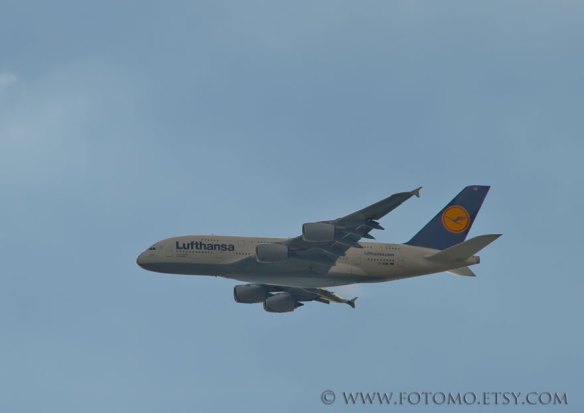 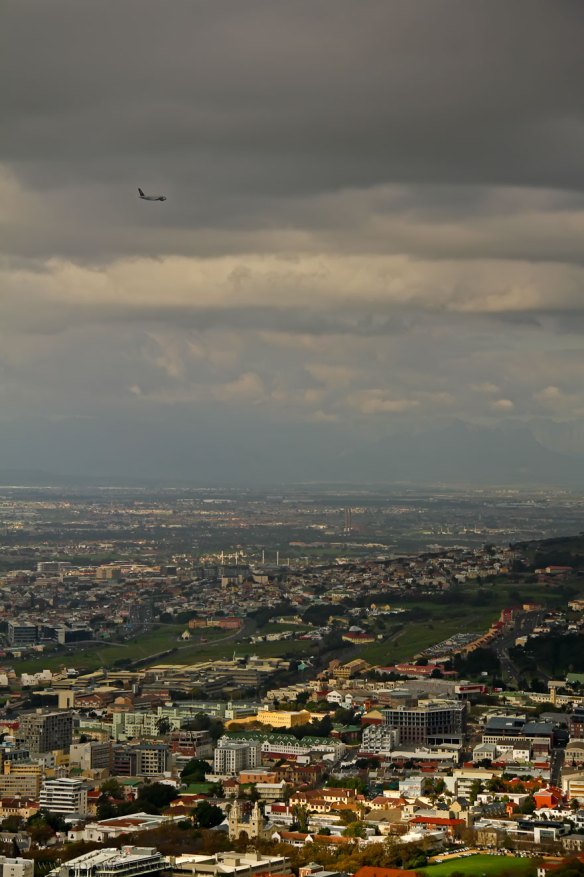 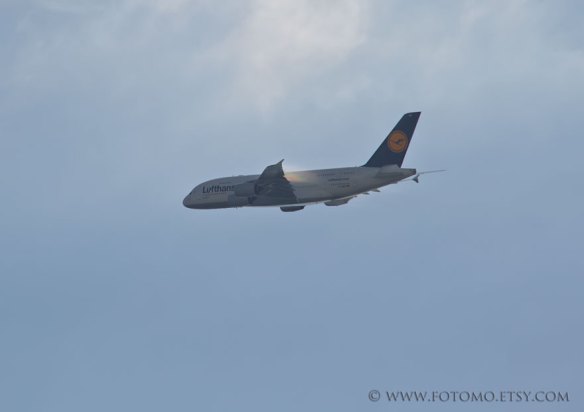 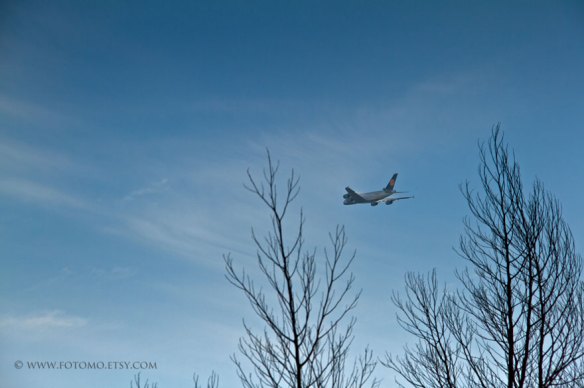 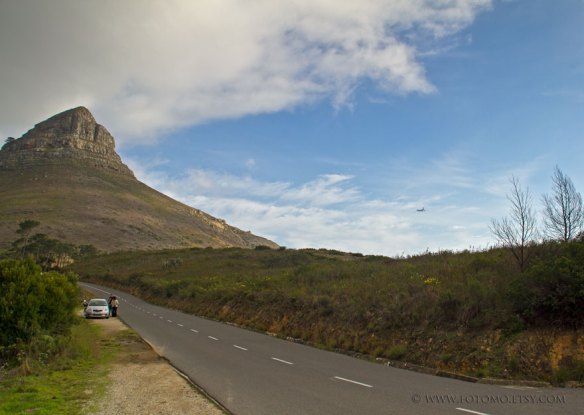