This weeks challenge has presented me with an opportunity to do what I would refer to a follow up post, a next in the series if you want to call it that, a post that kindof follows in the footsteps of an earlier one. The cool thing about this is that the topics are completely different, in that post I was talking about the possibility of taking an image of a moving train, with motion blur amongst other trains that are stationary. And this post is about the current progress in that direction, I havent quite achieved what I’m trying to do, though, the beginnings of it are starting to emerge.

So, my interpretation of “distortion” is the portion of the image that depicts the moving train, the distortion of reality, with the illusion of moton on a still photograph. The light was not particularly good, and it was a bit windy, so theyre not exactly as sharp as I would like, though the result is similar.

I am still looking out for the perfect moment when everything falls into place, and when it does the next blog in this series will emerge….:-)

In the meantime, for this challenge, the images that were taken recently are my submission. As the daylight was fading, the lights inside the trains became more visible on the outside, introducing another dimension to the images…………….the journey continues…….. 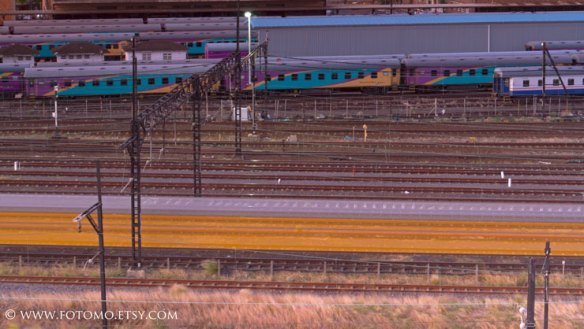 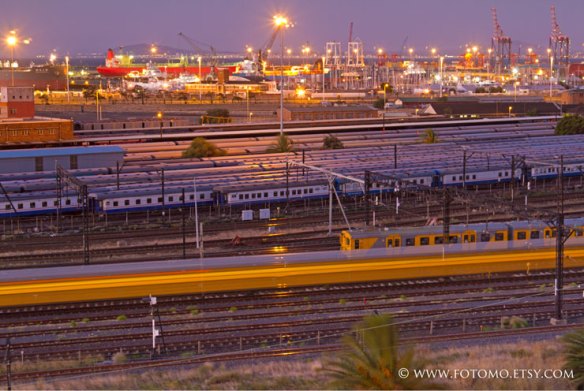