Those of you that have read my post or last week, would know that the ink has barely dried from writing the last post and the new challenge is upon us:-) The topic was released well in advance, I just didnt get out of the blocks fast enough.:-(

But, that was then and this is now :-), I’m going tio indulge my blogging time a little longer considering the ink is just beginning to dry 🙂

I suppose when one thinks of Indulge, its always within the context of  luxury, decadence, exclusiveness, and perhaps expensive. I dont mean to imply that its a rule, though I guess it does happen that an indulgence would happen within that context.

Now, if you’ve read some of my previous posts, you would have noticed I often use an unconventional approach. You would also know that I come from Cape Town that has an extensive coastline, and is surrounded by many mountains. Plenty opportunities for those with the means to indulge in style.

This got me thinking about what I consider a wonderful indulgence in our City that is accessible to all with an entrance fee of not more than the equivalent of a couple of dollars. I often walk past there and have done so on many occasions with my camera, The facility I am talking about is the Sea Point Public Swimming pool, perhaps not the only public swimming pool in the world that only has the pool wall seperating the pool from the sea, but more than likely one of the few. Set in the foreground of some of the prime real estate in the City, this public facility is well used by a cross section of the Citys  diverse population.

The selected images for this weeks challenge testify to the exclusivity of the site, similar pools will probably only be accessible to wealthy tourists at seaside hotels in other cities in the world.

The challenge images show two faces of this wonderful indiulgence for the people of this City, the pool, completely deserted, commanding a priceless position on the coastline, and the same pool playing host to the multitudes that come out to enjoy the “indulge”nce, in this case on the boxing day holiday a few years ago………… 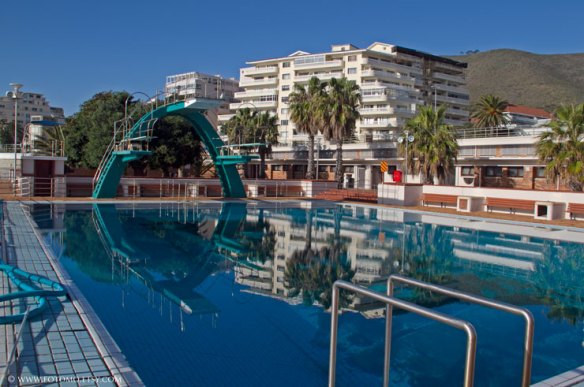 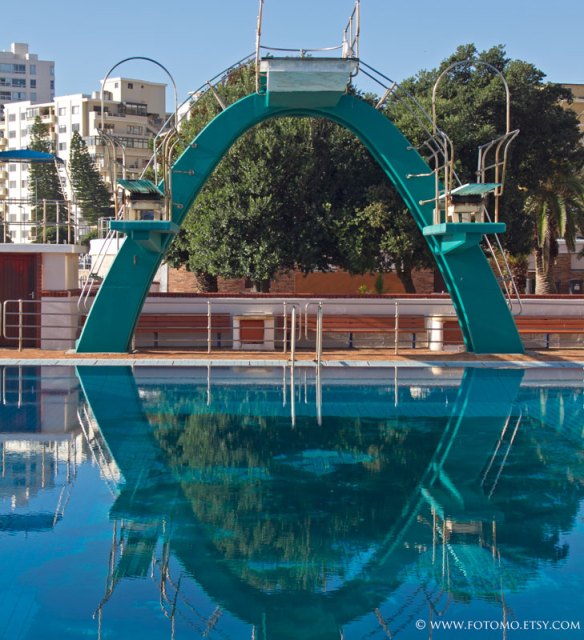 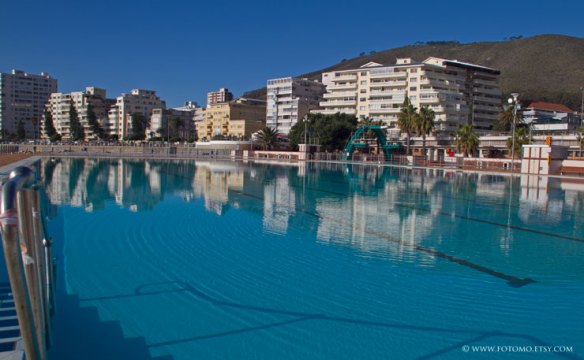