Another wonderfully diverse topic this week, with so many opportunities to interpret in different ways. I suppose the biggest dividing line in the category is the line between texture that is naturally inherent in something, and texture that is created, one that is the result of some intervention. Generally, the intervention in the manufacturing process that results in a texture of some sort would probably be human. So I figured maybe I should once again try to take the unconventional approach. So firstly, a texture that is not inherent in anything, and secondly a texture created by an animal rather than human.
Not too long ago, I visited the West Coast National Park, about an hours drive from Cape Town. A wonderful area that is covered with fynbos, is situated on a lagoon on one end and has a beach on the other. The reserve has quite a few antelope and other animals, but also has a huge bird population, which I would imagine fluctuates a lot, considering their ability to fly, affording the opportunity to migrate to wherever they please. Anyway on this occasion, walking along the shore, one could not help but notice what appeared from the distance to be some “art on the rocks”. On approaching the area and getting closer to the rocks, it became apparent that it was actually ‘bird poo”. I can sense the chuckle as you read this, but, despite this being “bird poo” there was something quite artistic about its appearance. Almost as if it was a commissioned piece of art for a serious art collector, or the work of a famous “bird poo graffiti artist”. The point I’m trying to get to is that this is my sample of texture created by animal without any human or other intervention. So the rocks were textured with these abstract pieces of art :-). I know my friend Nelson and his buddies would undoubtedly have contributed to these works of art, but you have to wonder if there was an equivalent “bird Picasso” amongst them……………the journey continues…….
So todays images for the challenge are some of the examples of the textured art form I discovered, and some of the artists hanging around the area where they paint…:) 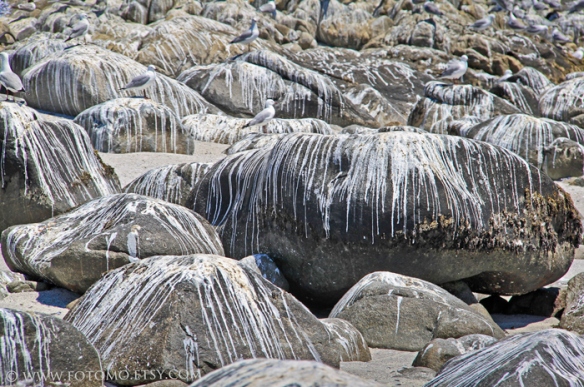 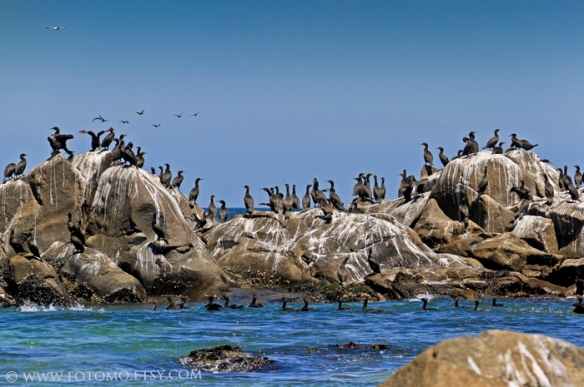 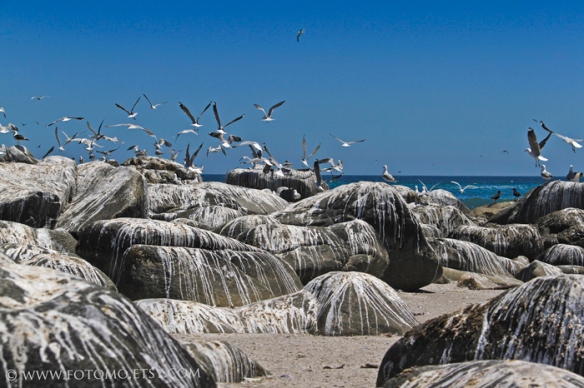 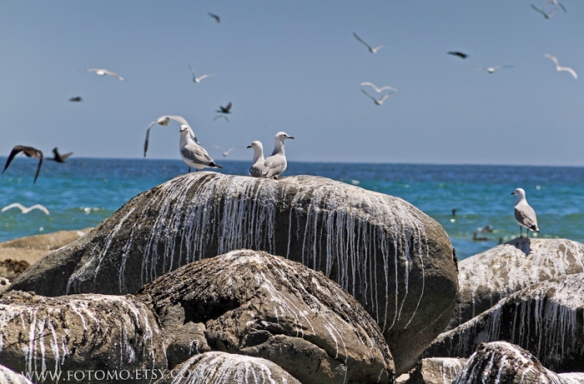