Ok, I’ve decided that maybe we just stick around in the vicinity of Agulhas today, so that all those with the slower internet connection can breathe a sigh of relief. 🙂 You know, not having to hack in another destination in Google Earth and wait for the bandwith to catch up. Yesterdays blog was about the treacherous coastline at the end of the African continent. Word is that the Agulhas bank is shallow and extends 80km from the coast, which obviously contributes to ships getting stranded on the rocks. Discovered by the Portuguese as far back as the end of the 15th century, the southern- most tip was originally called ‘Cabo das Agulhas’ (Cape of Needles) either because compass needles show no variation between true north and magnetic north at the cape or because of the sharp, saw-edged rock formations responsible for some of the worst shipwrecks on the coast. Pretty treacherous for any seaworthy vessel, add to that the fact that the sea off Cape Agulhas is notorious for winter storms and massive waves churned up by the strong winds blowing from west to east, known as the “roaring forties”, as well as the cold Antarctic Circumpolar Current flowing in the same direction, which come up against the warmer Agulhas Current in the region of the cape. These conflicting currents of water of different densities, and the west winds blowing against the Agulhas Current, can create extremely hazardous wave conditions, all of which is exacerbated by the extended shallow bank. In 1837 the Surveyor General recommended the building of a lighthouse to help reduce the number of shipwrecks. This only materialised a decade later so in 1848 the building was finally built. The second oldest working lighthouse in South Africa, was declared a national monument in 1973. The sea facing facade of the building has been built to resemble a fort. The lighthouse consists of a round tower, 27 metres (89 ft) high and painted red with a white band, attached to a keeper’s house which now contains a museum and restaurant.

So the next time you happen to be circumnavigating the southernmost point of Africa on your round the world cruise :-), rest assured that the Agulhas lighthouse will be beaming  out a light with a focal plane of 31 meters above height water, light power of 7 500 000 CD with a revolving electric light flashing once every 5 seconds, reaching 30 nautical miles out to sea.

Todays images are of the lighthouse and its surroundings 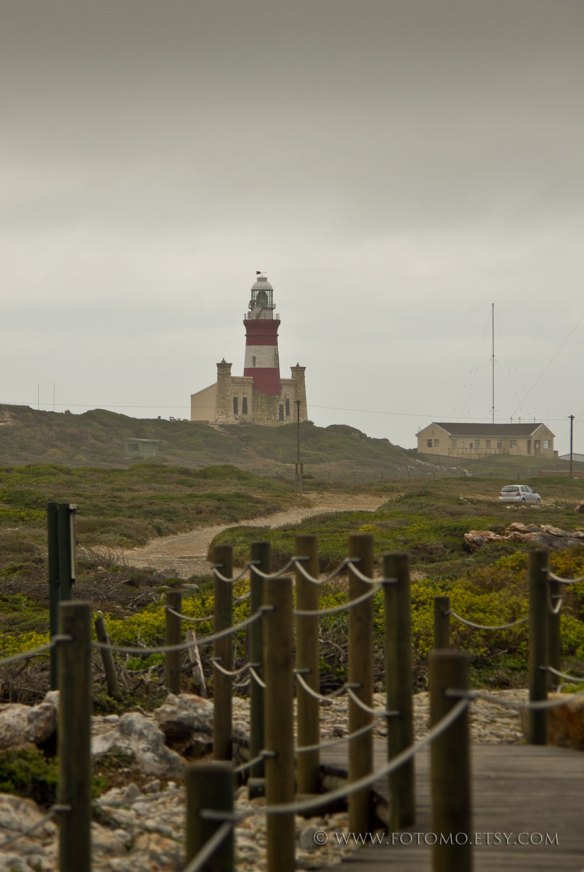 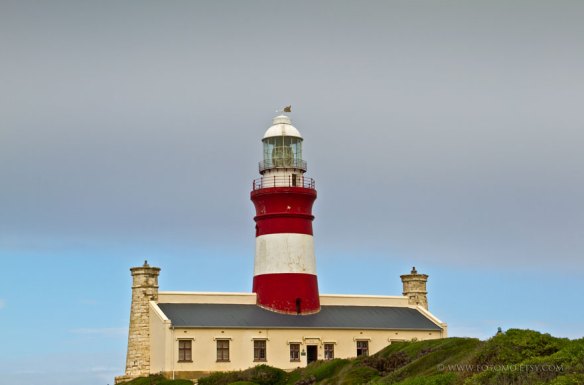 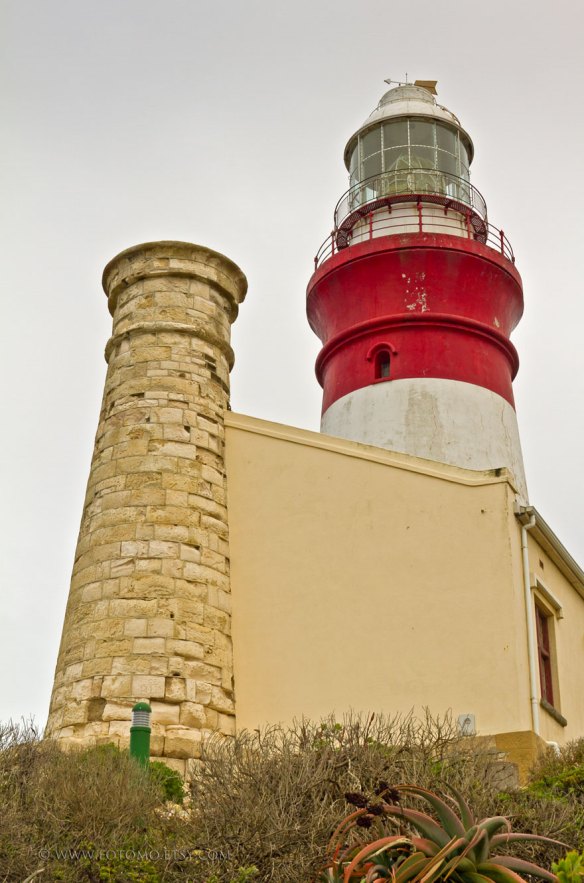 5 thoughts on “casting some light over treacherous waters …………………”